Back where I belong… 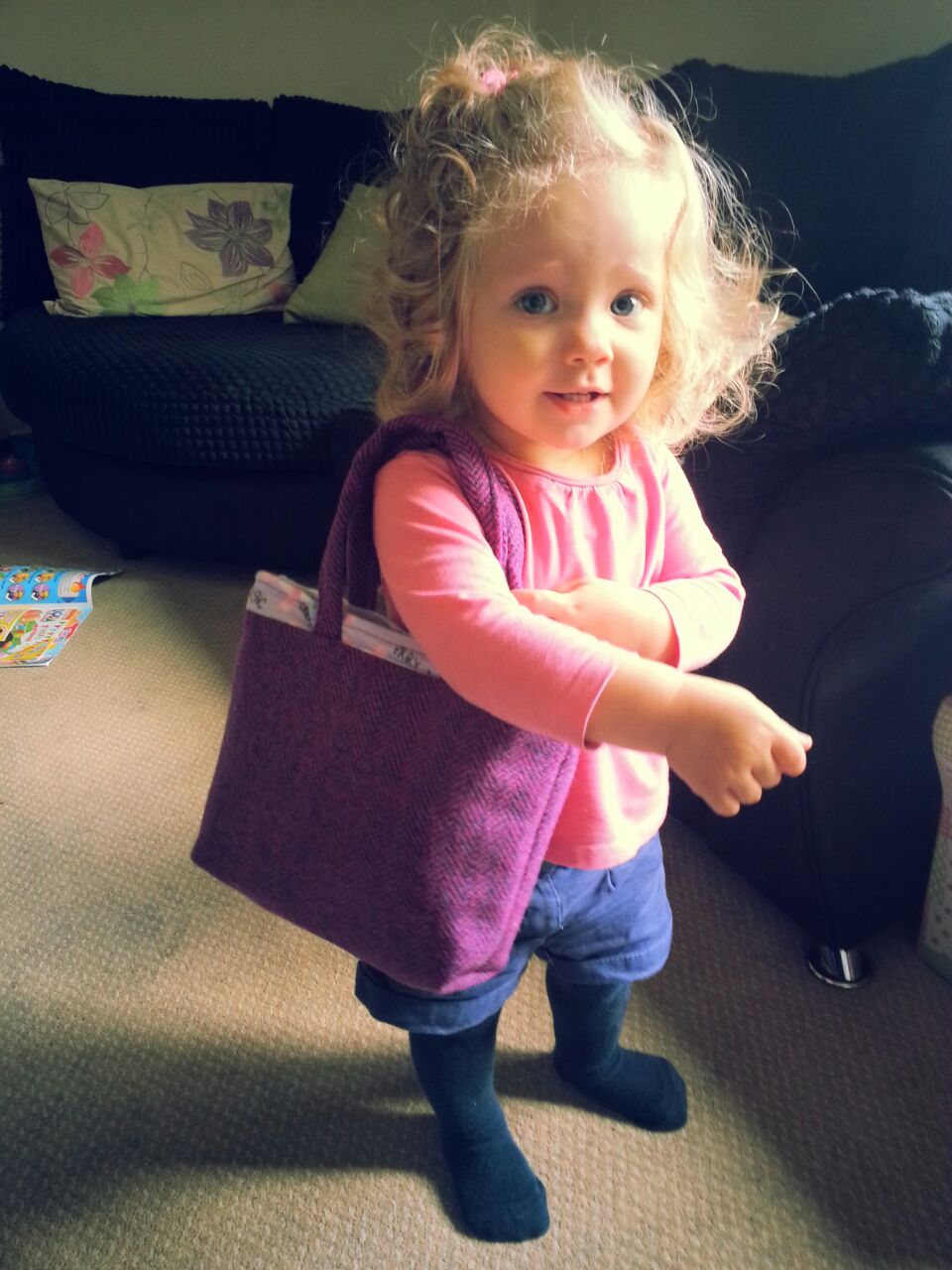 Well, I’m back in my shed and (mostly) sitting at my loom!  Things have been pretty hectic over the last wee while.  I finished the initial commission Uist Wool had asked me to do and then I was asked to do another one.  This time, the yarn came from Cheviot and Jacob sheep; a lovely warm cream colour, a light grey and a dark grey. They asked me to design and weave whatever I wanted so I came up with this design: I’m very pleased with how it turned out and so I intend to make one exactly the same for myself!  I’ve also been working on a few other commissions, one a blue and purple Russian Twill.  The customer had seen a Russian Twill I’d done previously and also a blue/purple herringbone and asked if she could have the Russian Twill in the herringbone colours.  It’s really nice as you get a ‘mottled’ effect.  I’ll put a picture up after I get it back from the wash.

My younger sister had been at home with my wee niece at the end of July and she’d seen a beautiful messenger bag made by Island Stitches but there were none left in stock.  She got in touch with the lovely Joan who runs Island Stitches and asked if she’d make her a bag using my tweed.  Joan agreed and not only did she make a bag for my sister She also made a wee tote bag for my niece! Along with a couple of wee purses! A friend of my sister’s then asked if she could do the same, use some of my tweed and Joan to make the bag and so I sent off some more tweed to Joan and as there was a wee bit left over, she’s making a gorgeous cushion for my niece, complete with her name! At this rate, my niece is going to the have the nicest Harris Tweed collection going!

I also got a photo from my cousin who’d bought a bit of tweed and made a cushion from it. I’ve not long come back from a week away on the mainland and I’m going away again at the end of September so the weaving and stock building will begin in earnest at the start of October.   Cue many late nights working (and drinking tea) in my shed.

I finished a tweed today so it’s rather unusual for me to be in the house at this time and so I think I’ll make the most of it and have an early night.  Oidhche mhath!

1 thought on “Back where I belong…”