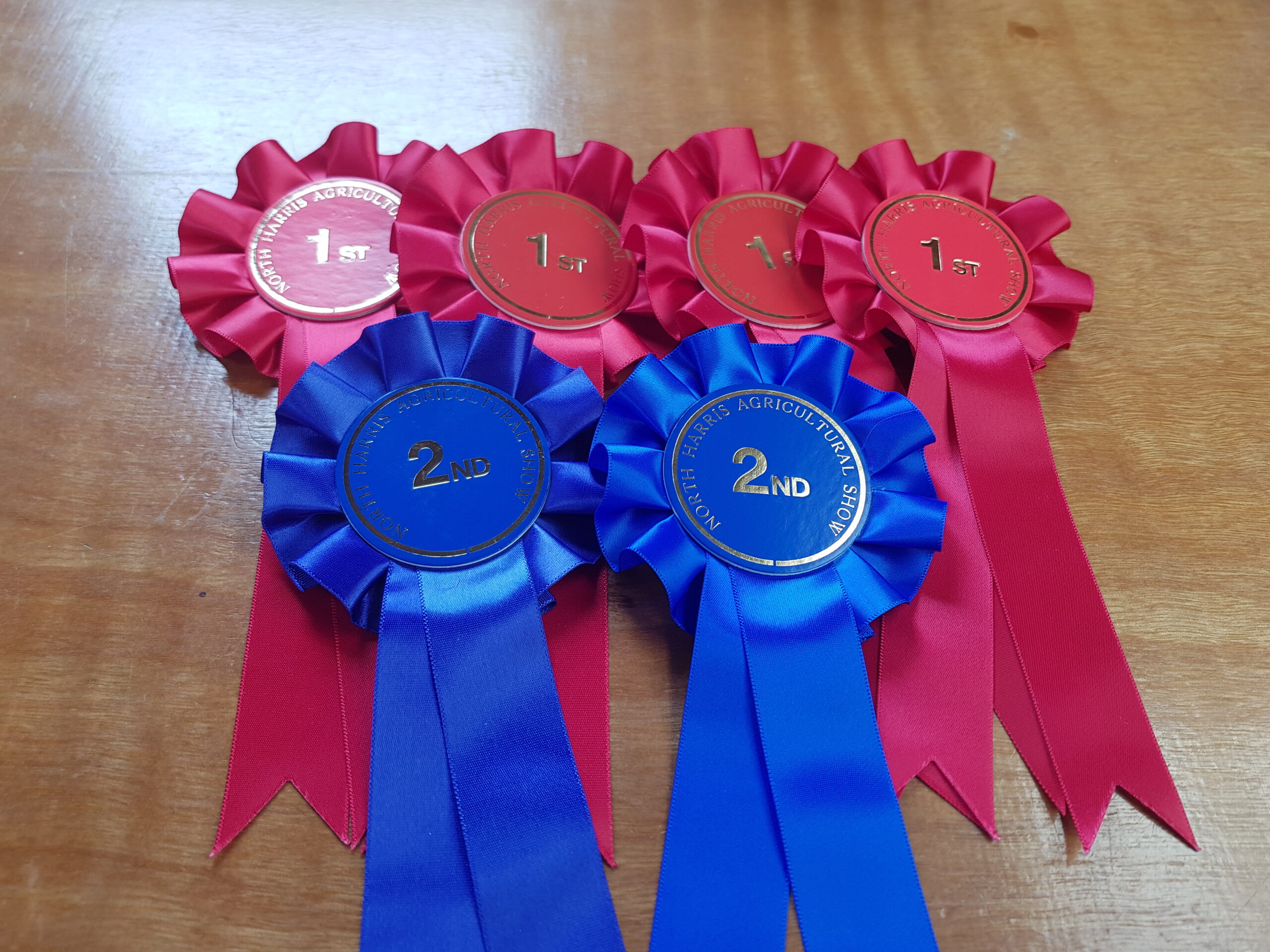 It’s that time of year again when the Agricultural Shows are in full swing. Well, except for the South Harris Agricultural Show as there was meant to be construction going on at our local school where the show takes place.

After a successful competition at the North Harris Agricultural Show yesterday where I won four firsts, two seconds and tied with Heather Campbell from Handmade by Heather for the overall prize (for the second year running), I went to put my prize winnings into my “show tub”. 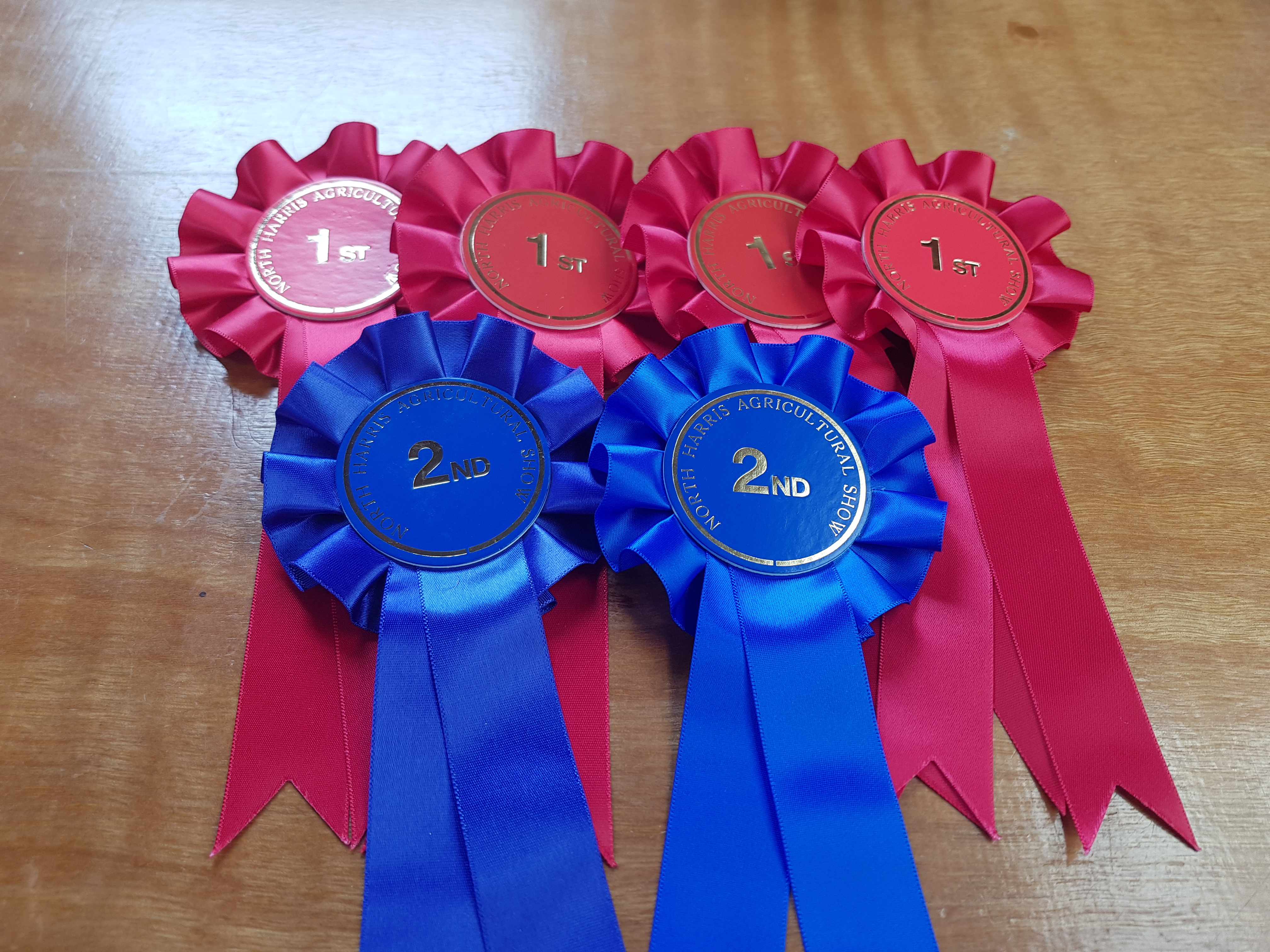 I first entered my tweeds into the South Harris Agricultural Show in 2014 and won two firsts (£8 each), second (£6) and a third (£4). I decided, in light of this wondrous occasion, to keep my winnings sealed in their envelopes and from then on, be it North or South Harris Show, I’ve done the same thing.

However, as I was putting yesterday’s envelopes into my tub it suddenly dawned on me (gasp!) that the older envelopes would have ‘old’ money in them! Paper fivers and round pound coins!! 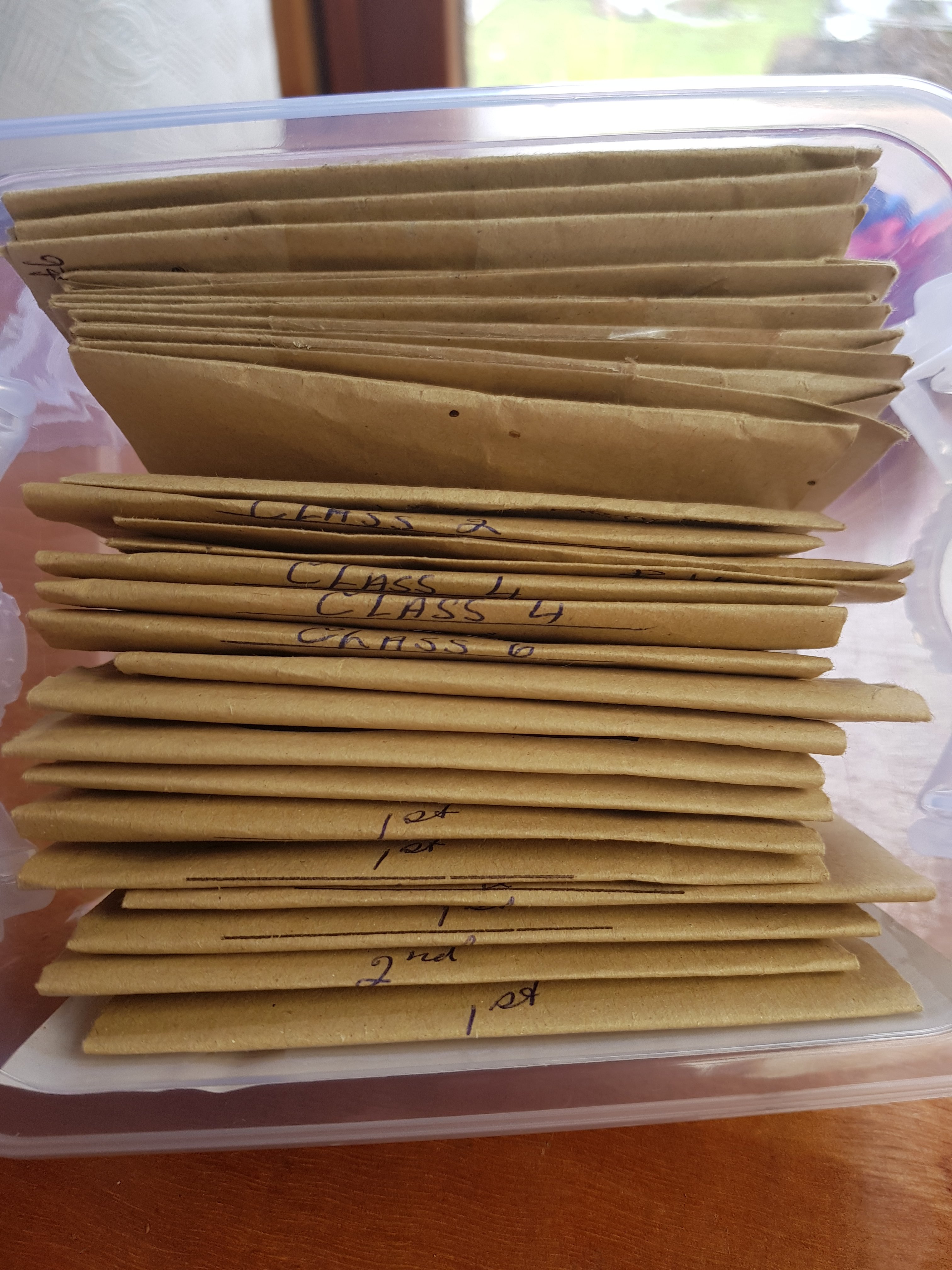 Well, in my mind, there was only one thing I could do… make a cup of tea and ponder upon this devastating dilemma!

Do I keep up my tradition of putting sealed envelopes into the tub? Do I open them, replace them with new money and re-seal them? Do I open them and have a wild 30 mins with the accumulated winnings?

The decision actually took two cups of tea. I’ve opened the envelopes (very carefully), removed all the money and separated old from new. The old will go to the bank to be exchanged for new money and after that….I’ll need more cups of tea to decide!

On a very surprising note, since 2014, I’ve received £133 in prize money! I think that may have to go towards my American road trip in August! 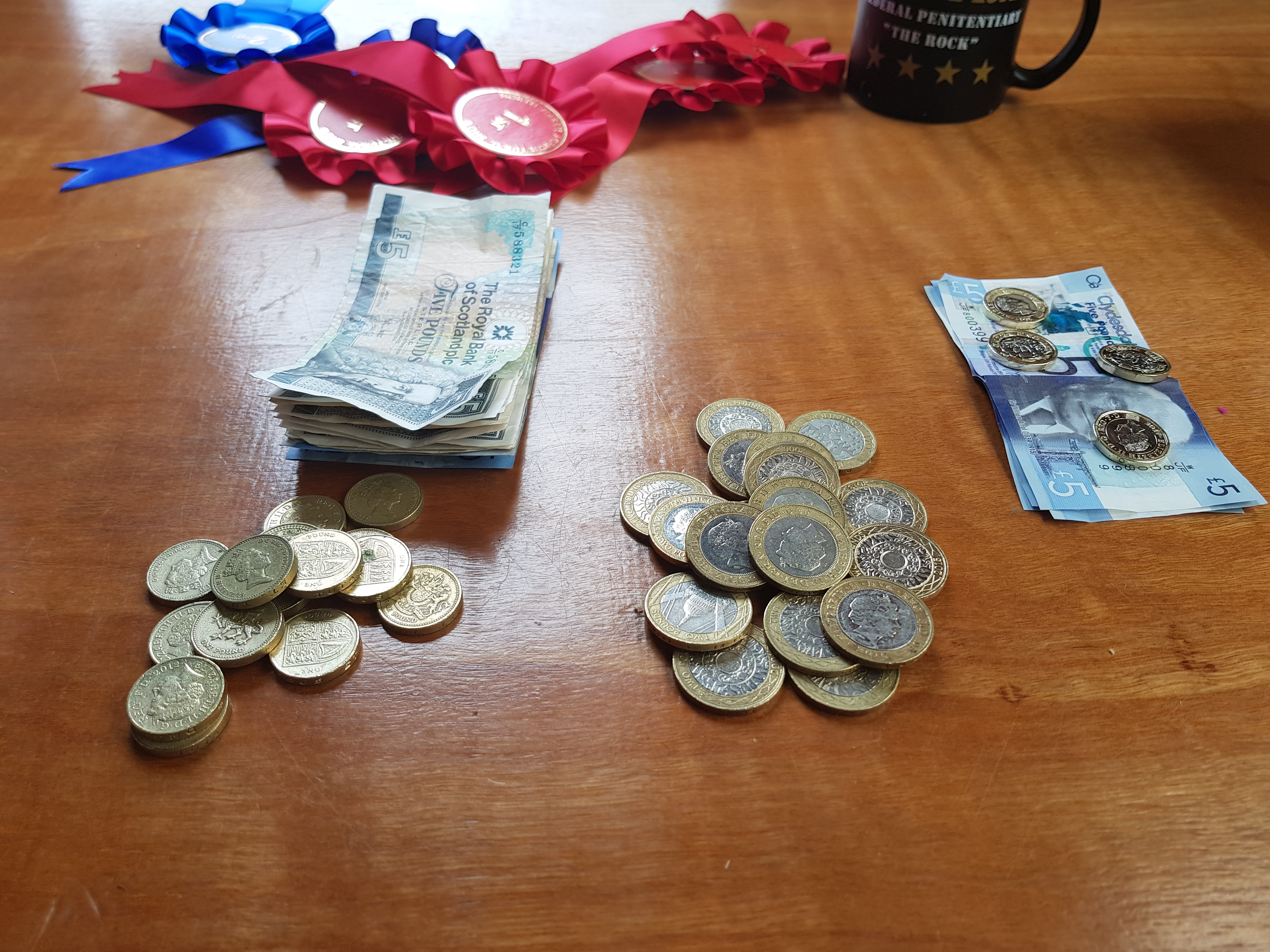