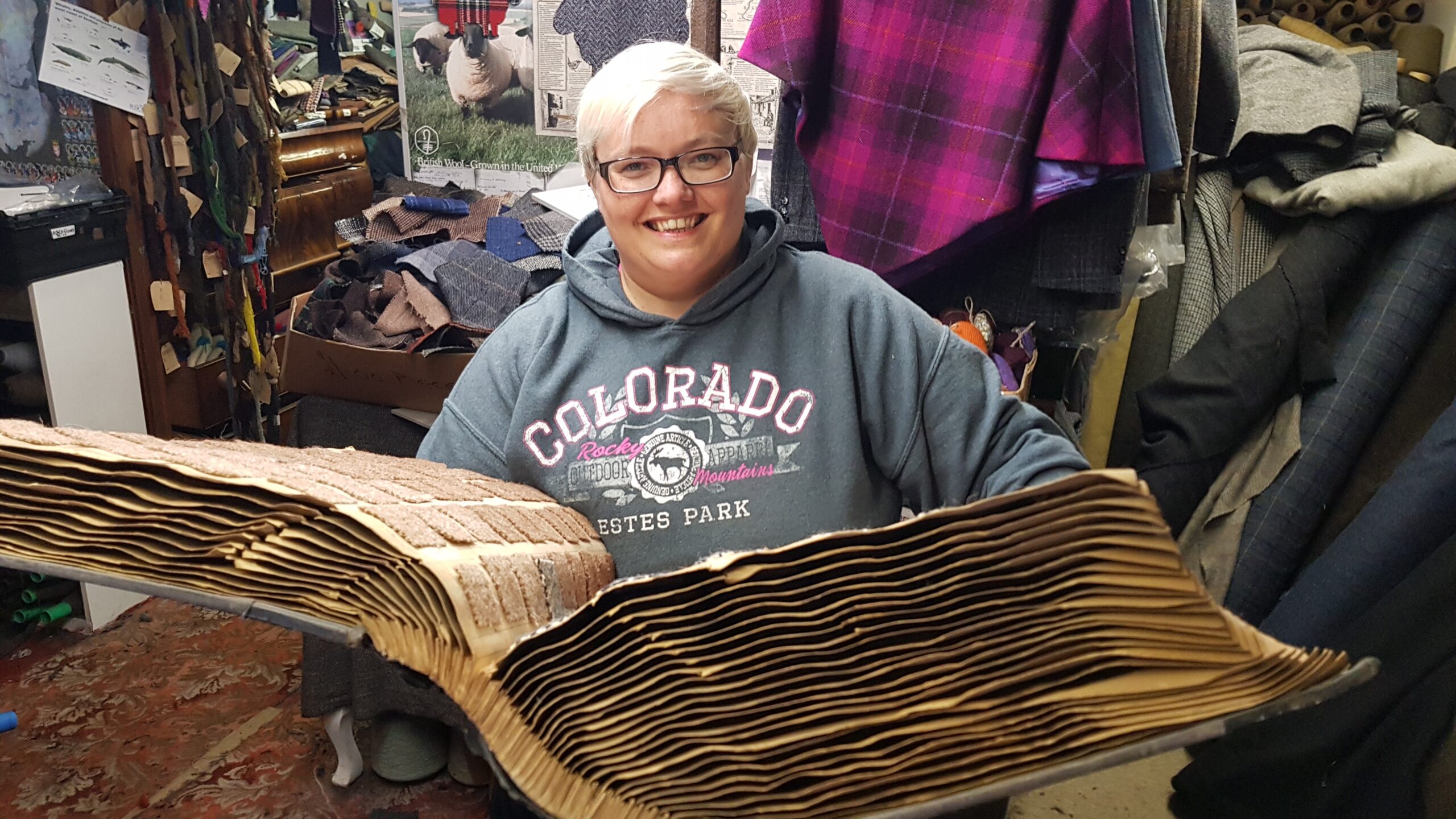 I’ve deliberately not looked at when I last wrote a wee post because I’m pretty sure I’ll be horrified by how long it’s been! As I’m still writing posts in my head whilst weaving, I can never remember what I’ve actually committed to ‘print’ and what is still floating around my brain. I’d thought before about recording these thoughts and then writing a post while they’re still relevant but I should be honest and admit I keep forgetting!

We’re almost half way through 2018 which is hard to believe as my stock levels would indicate we’re still in winter where, every year, I convince myself I’ll have loads of time to weave and build up my range of tweeds again. Alas, as has also happened every other year, I’m still behind. At least my ‘Tweeds to do’ list hasn’t become redundant! I’ve been very fortunate once again to have had amazing support from customers old and new and I’m very grateful to you all.

I’ve spent most of the last two weeks hanging around with a film crew who are making a documentary about Harris Tweed and although there have been some long days where I’ve needed to go out to my loom shed to get some work done after we’ve finished filming for the day, I’m having an absolute blast! I’ve been very lucky with this crew, the three of them are funny, accommodating, generous and incredibly easy to be around. I’m not entirely convinced they could say the same about me but they have been very patient! I’ve got another couple of film crews on the horizon so I should probably make more of an effort to keep my loom shed relatively tidy!

In good news, the earwig count has fallen drastically and having them in my headphones is now (almost) a distant memory. I still check my headphones religiously – even if I’ve only taken them off for two minutes.

The Agricultural Show season will soon be upon us again (eek, there’s a rumbling in my brain saying that may well be the last time I wrote a blog post…) and this year, the South Harris Agricultural Show will be taking place after last year’s absence along with the North Harris Agricultural Show. Maybe this will be the year I finally beat Heather Campbell, (Handmade by Heather, Isle of Harris) and have overall champion to myself! Although, as two young (ish in my case) Hearach weavers, I’m actually quite pleased we’ve shared the overall champion – it seems rather fitting.

Co dhiù, I have some tying in to finish before my pet crew arrive so I’d better get the kettle on and out to the loom shed. I can’t promise there’ll be another blog post any time soon, but I’m going to try and write more frequently! (Shouldn’t be too hard given my track record – three posts in a year would be quite frequent for me!)

4 thoughts on “An update”