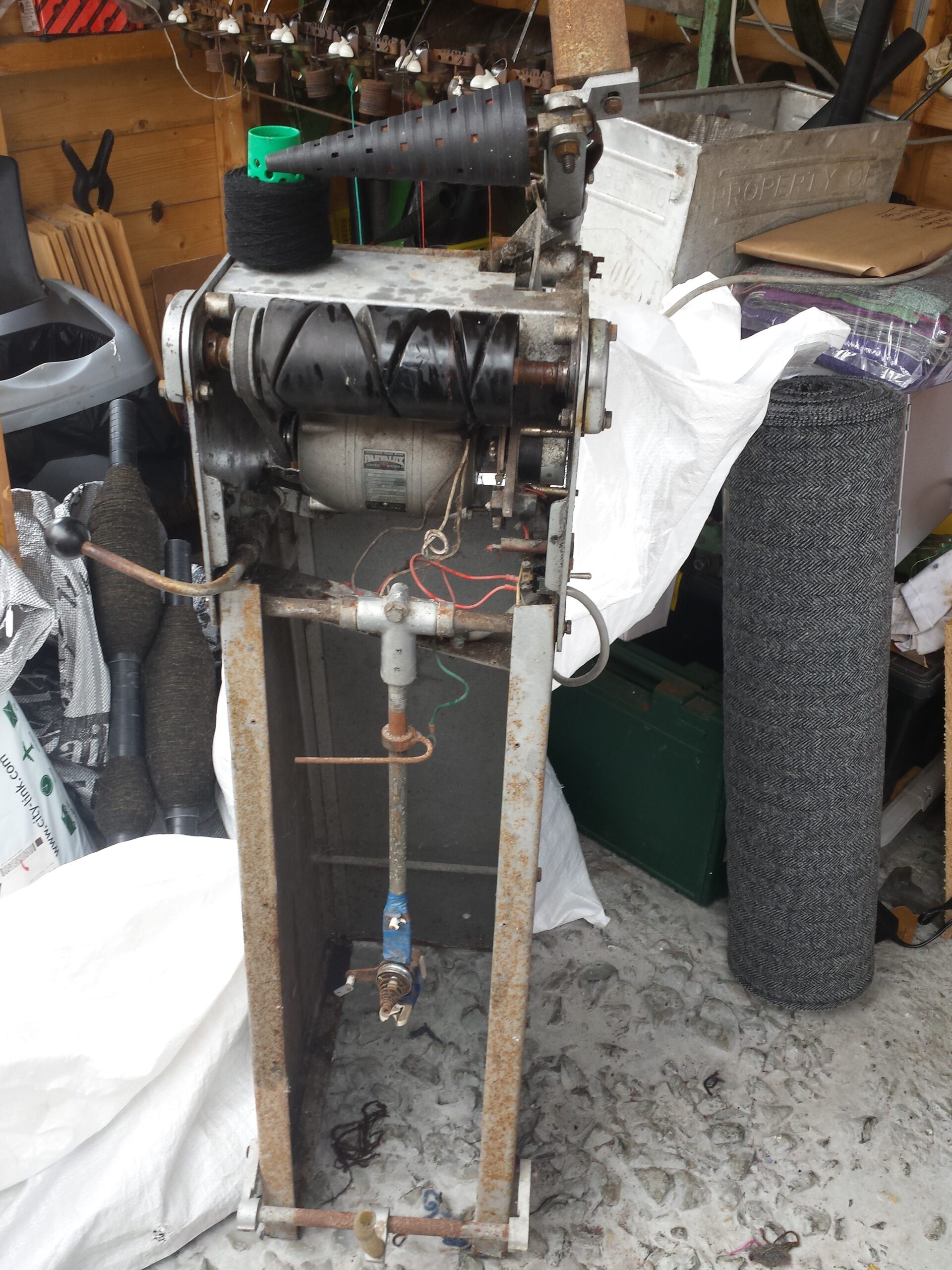 I was recently given an electric single head cone winder as sometimes you need to ‘cut’ bobbins down, especially for warping.  The more ends you warp with, the quicker it’ll be but rather than buying 24 bobbins when you only need 12, you can transfer yarn from your 12 bobbins to make 24 smaller ones. The cone winder had seen better days so I got it rewired and cleaned up as best I could before I tried it out.  Unfortunately, the results weren’t as successful as I’d hoped!

This was my first attempt The second and third weren’t much better The fourth and fifth were slightly improved but I’ve got a lot of adjustments to make before I get nice even cones!